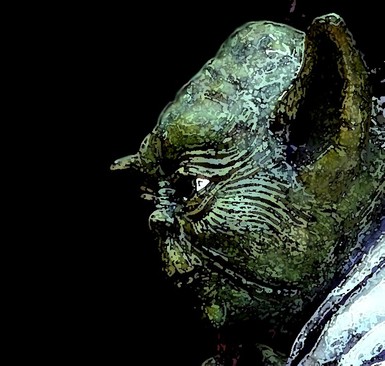 TSF Rating: * * * * *
"Size matters not."
Well, sometimes it does!  I love my quarter scale Screamin' figures.  Subjects of this size are fun to build and paint, and even at just 150mm (6") tall this awesome incarnation of the jedi master was no exception.
While most vinyl kits have their standard, inherent challenges, this one posed the least problematic.  (I only sliced my thumb open once during the trimming stage!)
The big upshot to Yoda is the serious lack of lanky legs, and height!  There were no trials with heating and reshaping the figure so it would balance correctly and stand up.  After a brief stint at gluing ears and hands on (and a little reconstructive surgery on his thumb, and cane), it was on to the painting.
Once I got the shade of green for his skin sorted it was a pretty obvious process of applying a base coat, then washes and drybrushing to highlight all that wonderful facial character.  Not that it shows in the following photos, I drybrushed some orangey flesh tones to the real high points of the face, like the cheekbones, nose, chin, lips, and most of all, the tips of the ears.  This really helped to bring some life to Yoda I felt, as it brought out a little of his inner "warmth".
Originally, I had a plan to wrap a ratty old piece of toweling cloth over his molded robe to make it look more realistic, but after having a go at painting his garb decided it looked enough the part.
His sparse crop of locks was the kit supplied clump of grey nylon strands.  I touched the ends of each strand with the supergoop and placed them individually around his ears and head, to make it look as if they were growing from his scalp.
The stacking stones you see below were made from Das, textured and painted various shades of stoney grey.  Hindsight (she be a wonderful thing, but ne'er too soon!), tells me I could have made them look a little dirtier and greener with the algae build-up they would have gathered from dwelling in a swampy swamp. 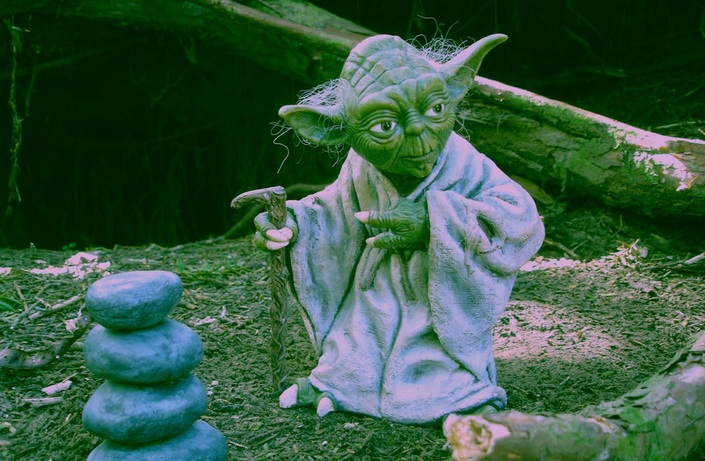 Clearly there were no hairdressers on Dagobah. 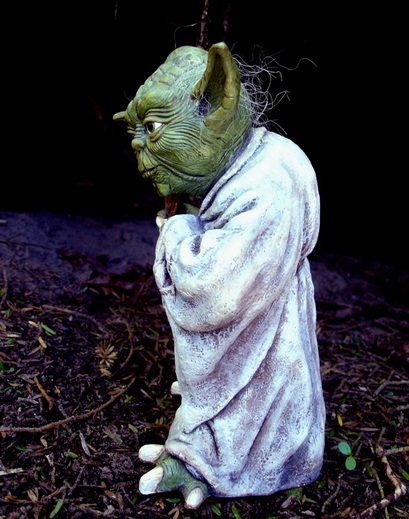 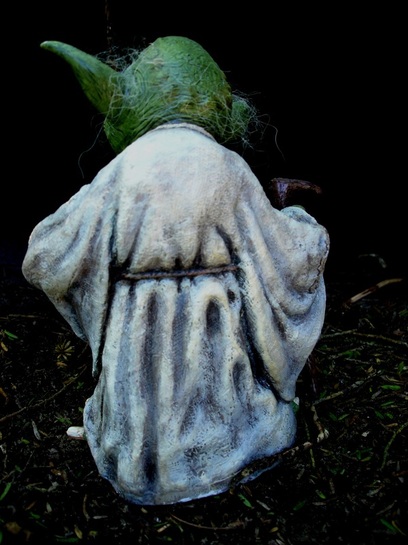 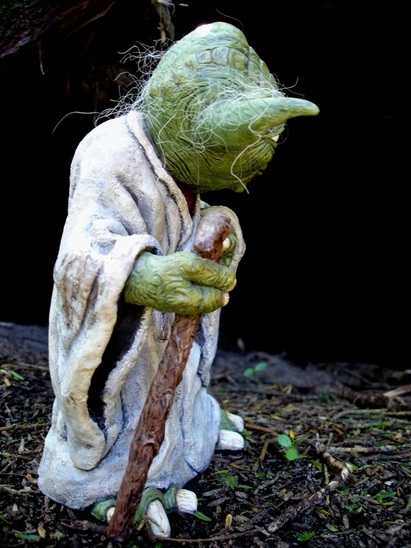 Using some Polyfilla I filled in the hollow walking stick and contured the back of it to assimilate the rest of the knurled finish. 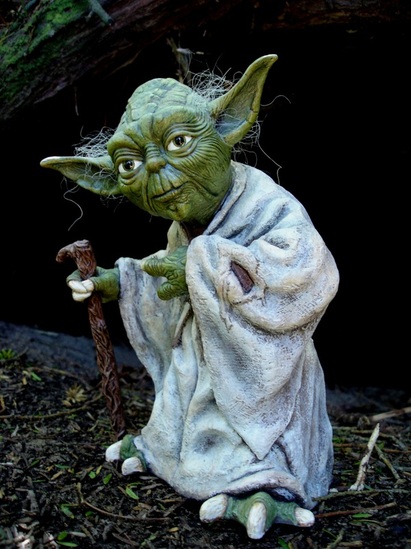 As I recall, Yoda's right thumb was missing from the box. (I think the previous owner had inadvertently sliced it off!) Using two-pot putty (Milliput) I fashioned a new thumb and partial forefinger claw to fit around the cane. 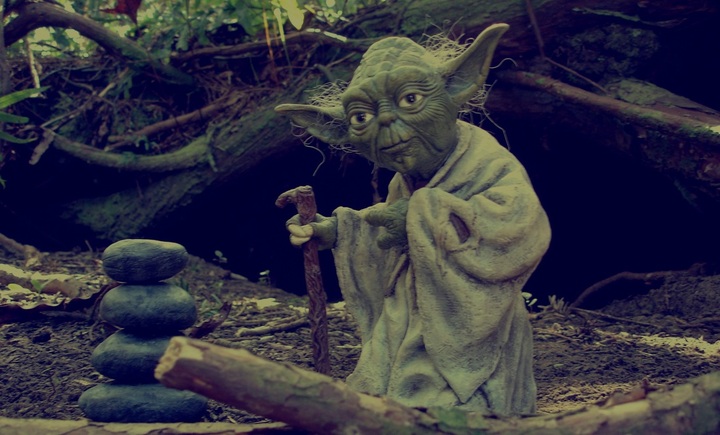 'When 900 years you reach, look as good, you will not.'
All images property of The Starship Factory 2010