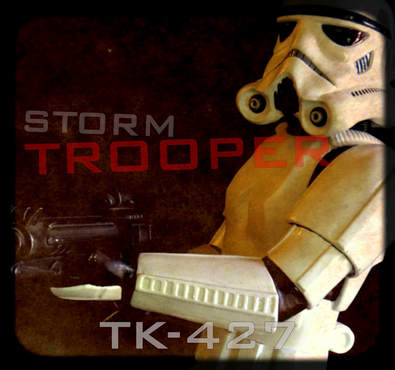 *static*  "Look, over there!"  *crackle*
While I love Boba Fett very, very much, you cannot beat the superb and simply iconic look of an Imperial stormtrooper.  Without a doubt this has to be one of the best costumes to come out of the Star Wars universe, and I remember as a kid having my mind blown by the revolutionary concept of the "bad guys" wearing white!  I mean, that was just the most insane, upside-down, illogical idea I had ever come across at the time!!
I spent a long time hunting this kit down, (trawling the interweb and marauding evilbay etc.) and was very excited when I finally got a hold of it. While the figure is very large and nicely sculpted it did have many superficial flaws, and a certain amount of "warpage" that needed fixing. Some of the detail, particularly around the helmet, required sharpening and fine tuning, and many of the edges of the armour had to be trimmed with a scalpel in order to improve depth and definition. 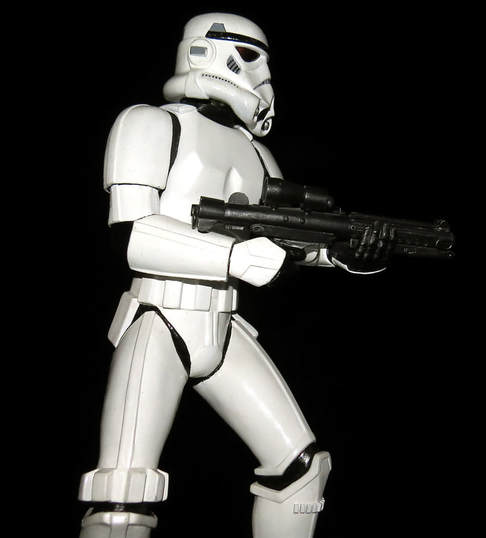 A very cool, very solid kit that went together without much fuss. The legs were not as warped as Boba Fett's or Chewbacca's were out of the box, and I was able to reset them fairly easily. There was more of my life lost on the blaster alone than the trooper himself. One mod I made however was to replace those "pips" on the left shin plate with square section styrene. The cast vinyl detail was fairly average to be fair - uneven and malformed, so I thought it an easy operation to replace. Hmm, so so... 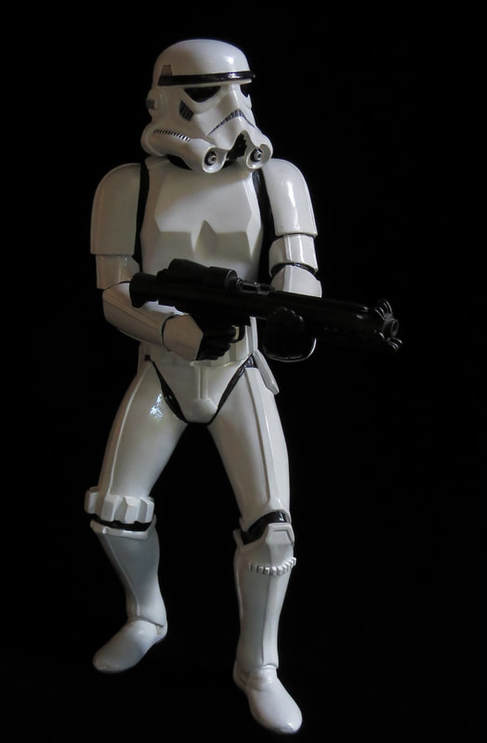 The poor lighting and photography were, for once, intentional, as I didn't want to capture any "fuzzy" patches, dust and blemishes which have managed to accumulate on him over time. As with a couple of other vinyl kits I don't know what I have done to have a paint finish that never quite fully cures, remaining slightly soft and tacky, and eternally trapping dust like fly paper! 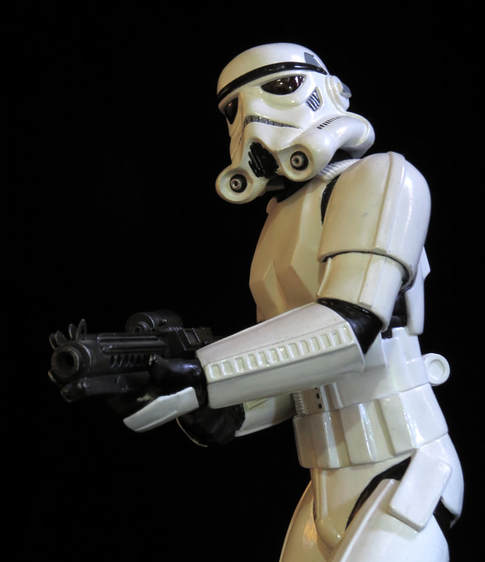 The eye lenses were painted with metallic copper then, once dry, coated with several layers of Tamiya Smoke (X-19). While the illusion is very subtle (and hard to photograph) it offers a burnt orange tinted glass look and gives an almost perceptible depth to them. 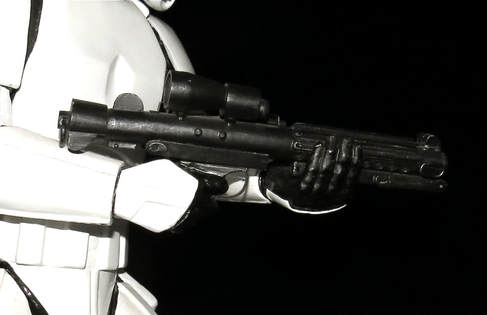 The blaster was pretty fiddly to build with a number of precut cardboard pieces that needed careful attaching to the barrel. The cast resin scope and barrel required quite a bit of scraping and sanding to get it to look this good. (And that's not saying much!) I also re-scribed some of the detail, drilled out the blast vents beneath the cooling fins, and added metal clasps to the front and back of the well-worn weapon. 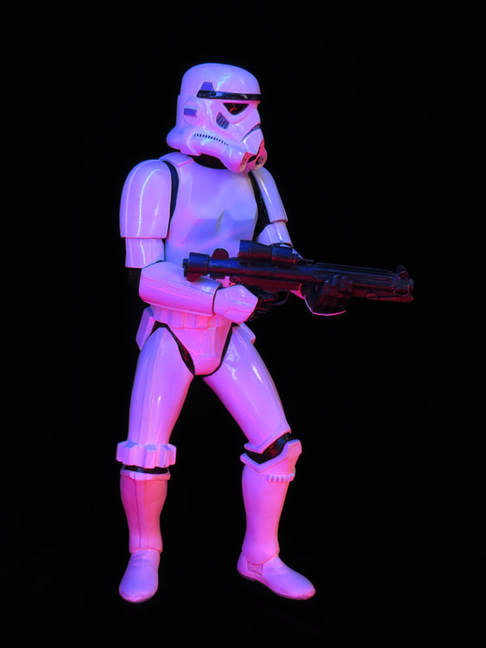 Added this shot to the line-up just to offer a little colour to an otherwise monotone subject. I may consider sanding and re-coating him with a satin varnish sometime in the future. I don't think he should be quite this shiny since he looks more ready for a round or two of oil wrestling! 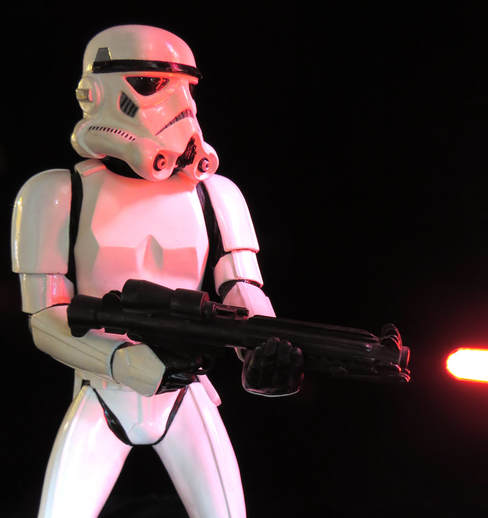 Again with a couple of my "special effects" shots I think I've added some drama and movement to an otherwise static subject. 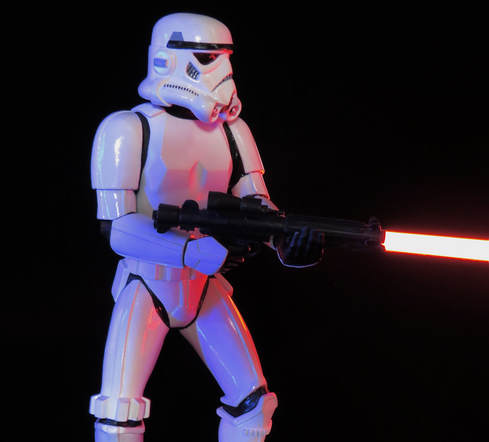 Weapon set to "total disintegration"!
​All images property of The Starship Factory 2017.