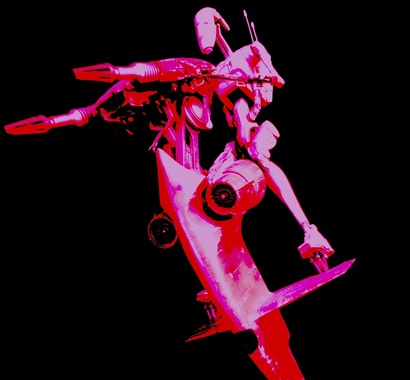 TSF Rating: * * * * *
This was a great kit to put together, and equally great is its spectacular size.
I was always keen to not glue the droid on the platform, and instead build it so it could free-stand as well.

The one thing, as I recall, that I didn't like about this kit was the way in which the arms had to attach to the shoulders.  Gluing them straight to the shoulders would have made the elbows tuck right in to the torso and look awkward.  So I spent a lot of time and effort creating ball-and-socket joints in the shoulders just to give some freedom of movement to the arms.
To add even more flexibility to the droids arms I also cut and then "pinned" the forearms just blow the elbow joints so they could rotate a little.

Originally I had plans to light those 'eyes', but the anatomy of the model would have made the task quite difficult. And besides, I couldn't bring myself to ruin that great detail on those engine intakes!? 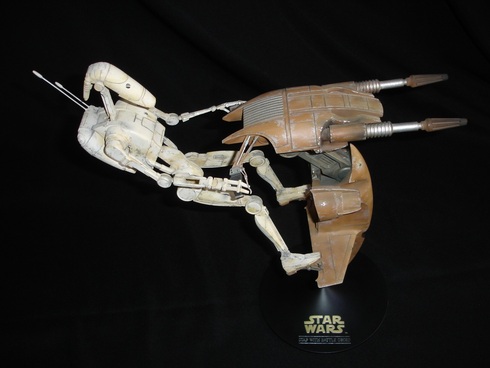 A big kit such as this always allows you to let loose and sink your teeth into some heavy weathering. 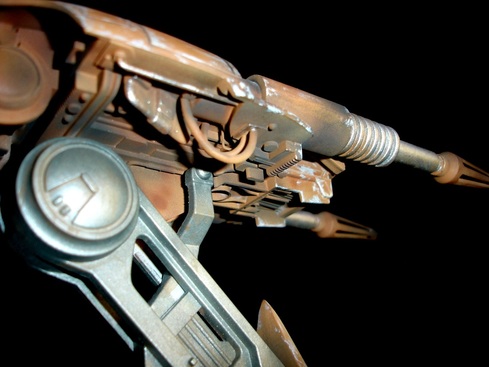 I added a few bits and bobs under the cannons, just to make it a little more interesting down there. 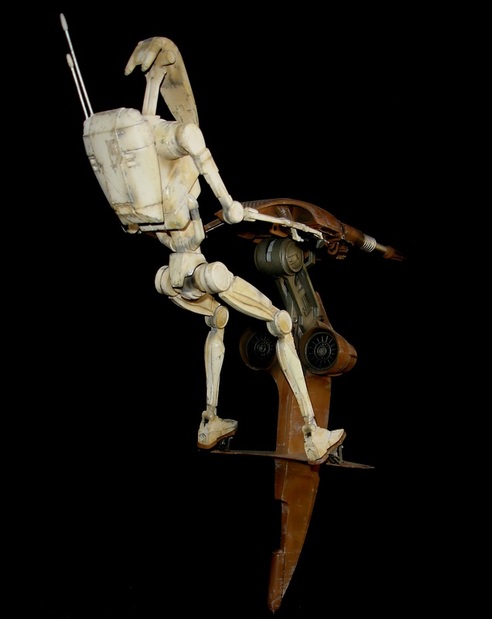 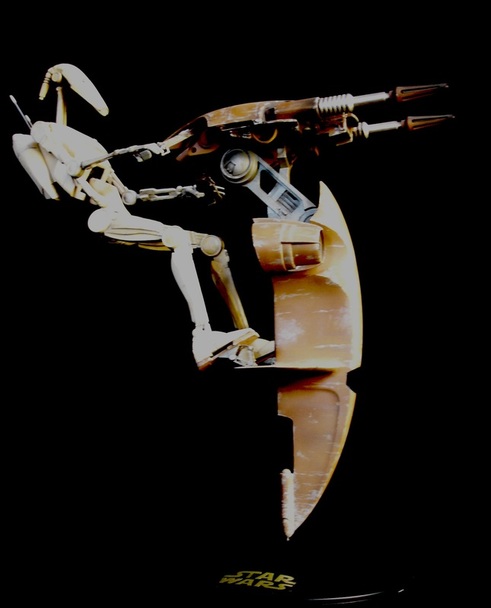 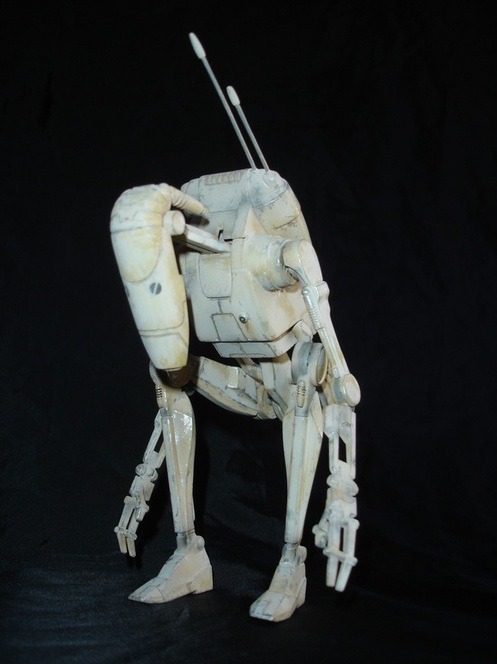 ...And just to show how the droid is almost fully artculated... 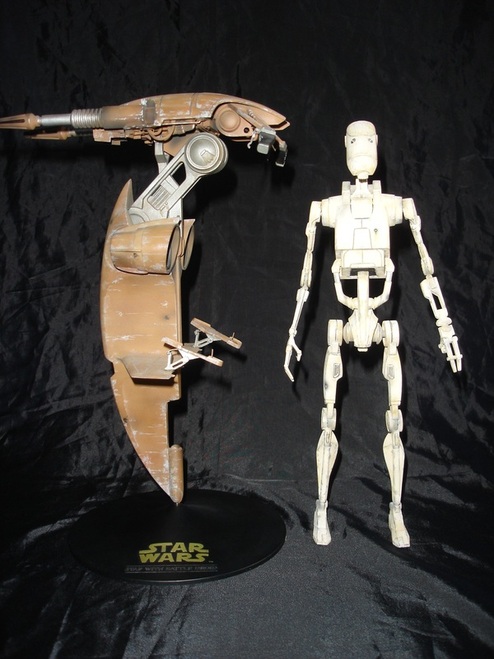 Here you can clearly see the locating pins I put in the foot pedals. These greatly help to secure the pilot's feet in place however he is still quite the troublesome little droid to keep in his awkward pose on the platform. 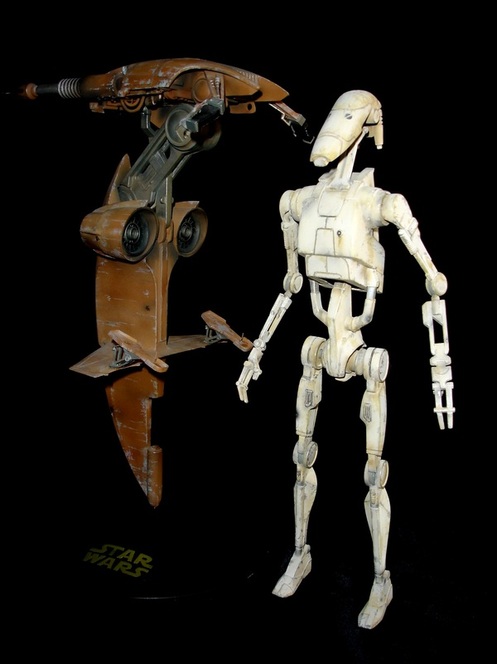 I love the design of the STAP... but considering the position of the engines I do wonder if the droid shouldn't be sporting a couple of badly scorched kneecaps! 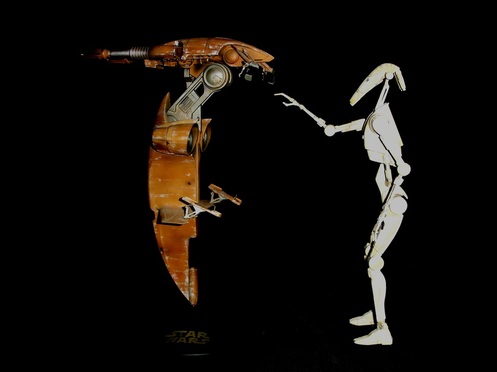 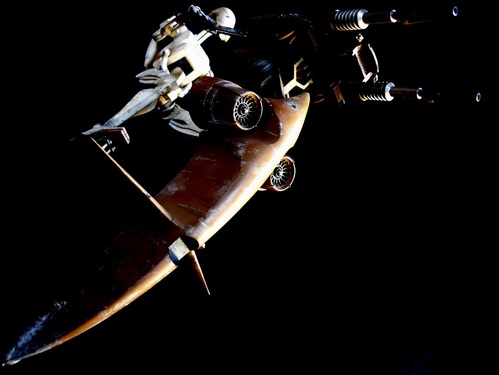 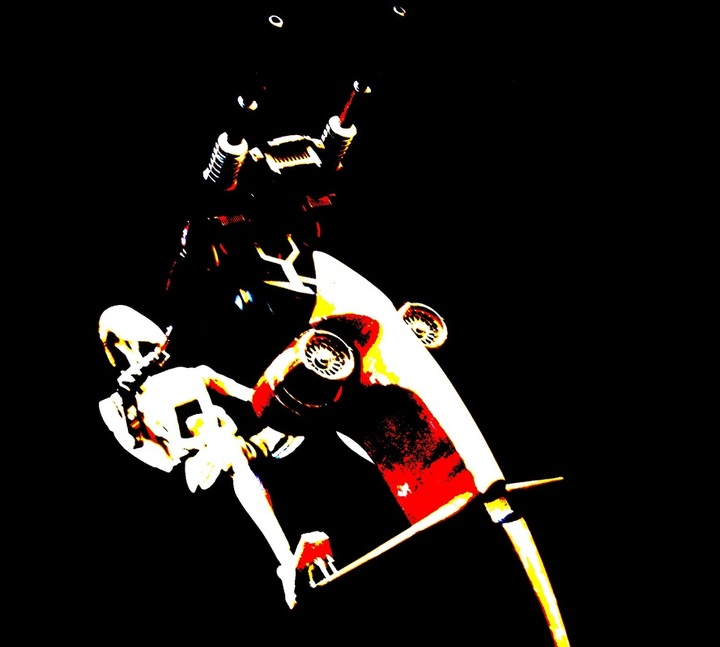 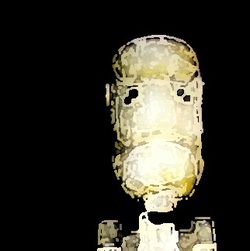 'Roger, roger!'
All images property of The Starship Factory 2010.