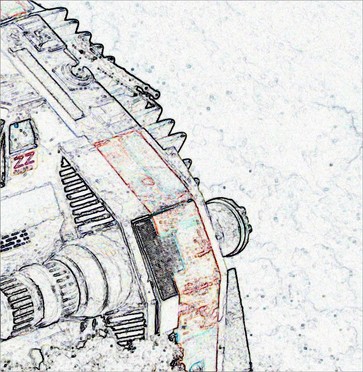 TSF Rating: * * *
They don't make 'em like they used to!  In a reasonable size and with plenty of moving bits this kit is one of MPC's better efforts.  The detail, proprtion and overall shape is more than satisfactory, except to perhaps the most discerning modeller fan.
However, all this "good" was seriously undone when the manufacturers tried to squeeze the crewmen into the cockpit.  MPC has received a lot of flak over the years because of these two malformed figures, whose torsos were almost completely deleted to get them to sit properly in their seats.  With a lack of space in the footwells perhaps a better compromise would have been to amputate somewhere below their knees.
Anyways, still a great wee kit that I had a lot of fun with! Built a long time ago the finish is a bit sub-standard.  The photos below show how the decals have yellowed due to lack of surface preparation and a final dull-coat over top.  The other stand out flaw is that big "radiator" in back.  At the time I thought it would look good in gun metal but my now more mature sensibilities tell me I should have stuck to the authentic colour scheme, as it has made the vehicle look a bit too heavy in the trunk.  Plus it's simply not movie accurate!
On the subject of that "radiator", I also made it removable to get to the button battery inside, which powers a green LED behind the pilot's view screen, and a red LED in the gunners targeting portal.  The harpoon gun is the on/off switch, hence its odd trajectory which is the "off" position. 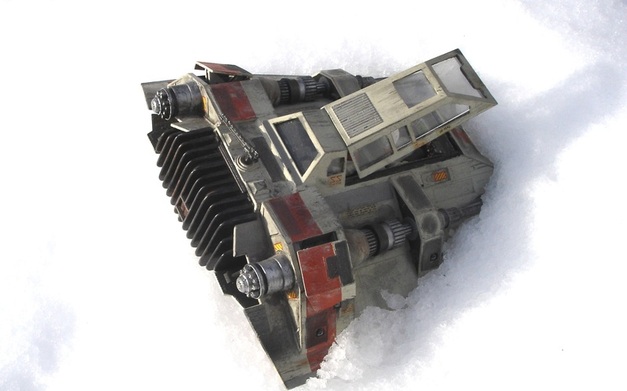 Not making excuses... but I built and painted this kit a long time ago (in another galaxy, actually!), and didn't really know what I was doing. Not that I'm any better now... just a little more fussy! 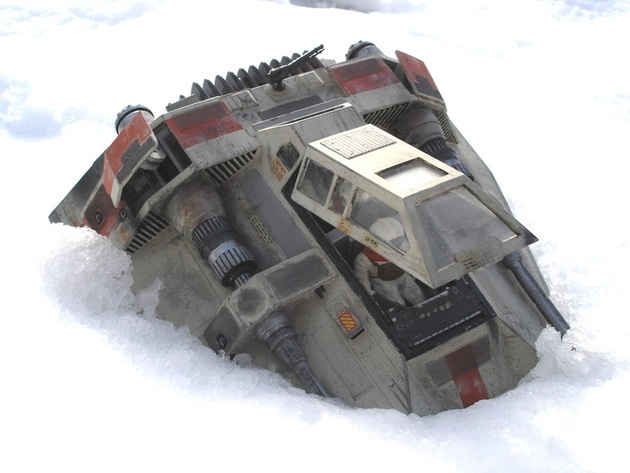 I loved the fact that this kit had hinged air brakes, canopy etc. This kind of thing always enables more dynamic poses which creates greater interest, and helps tell the story of how the vehicle works.

Wow, not a pin wash in sight! These photos are doing no justice here. (Kinda glad I half buried it in the snow!) 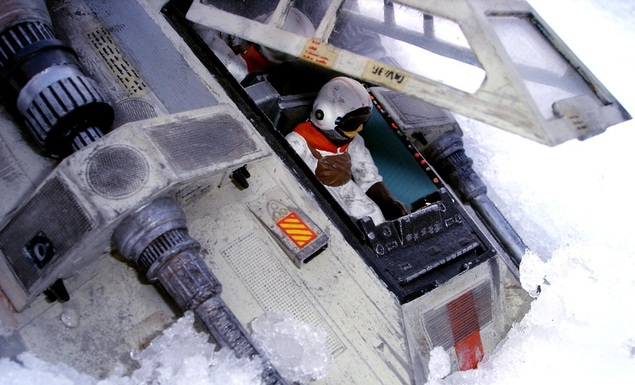 The two-man crew were hideously deformed to make them fit into the cockpit. Their legs almost start at their armpits!

Sorry, all these snowbound shots are a bit boring. I might get around to organising some 'studio' shots one day...
September 2017 and here they are!  Just a couple, mind...
​ 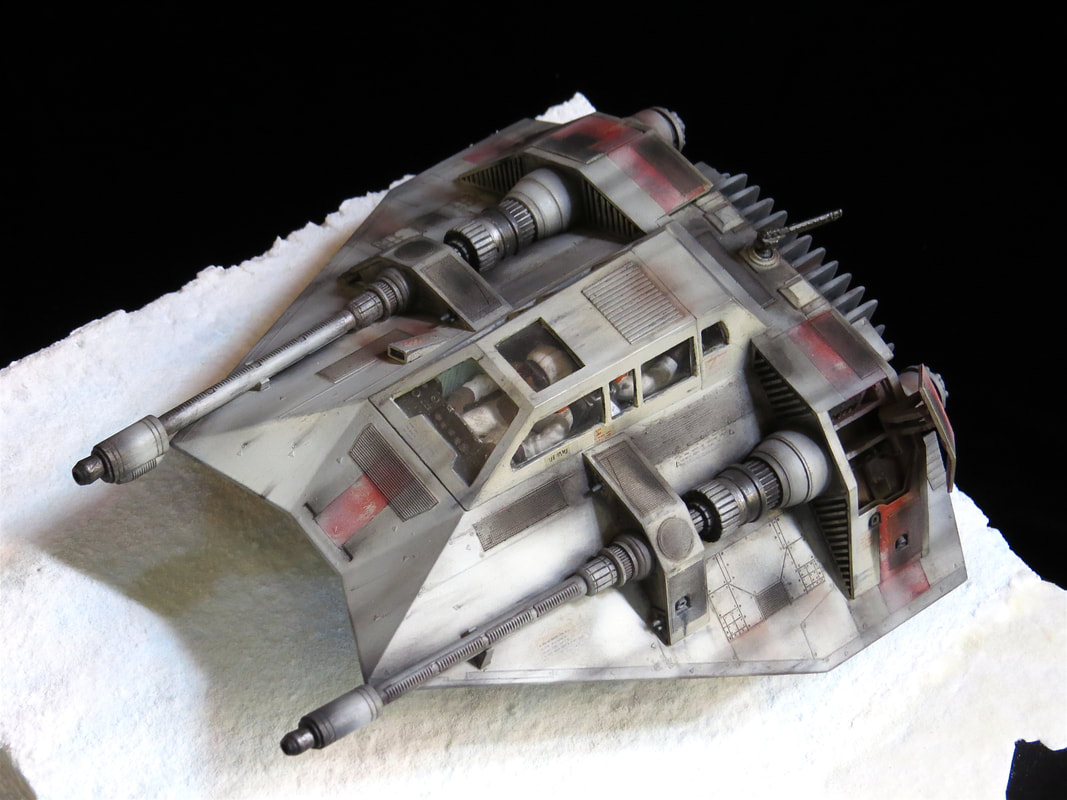 In 2015 I decided to use this model for "target" practice with my new airbrush. After lightening the base colour (FS36622 grey) I reloaded the airbrush with a flat black and went to town! I was not restricting myself to screen accuracy so it was a lot of fun. 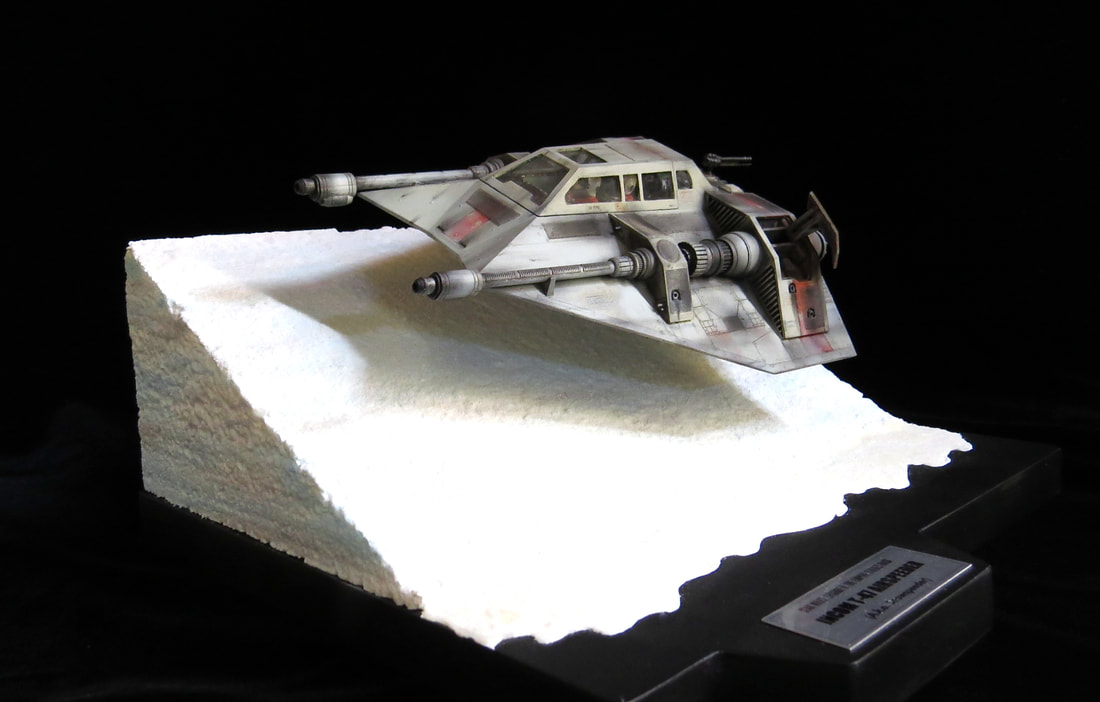 Even though this shot might have been better served by having a sky blue backdrop it still highlights the "levitating" aspect I was going for with this new base I hastily built a few days out from a club competition.
All images property of The Starship Factory 2010 / 2017.