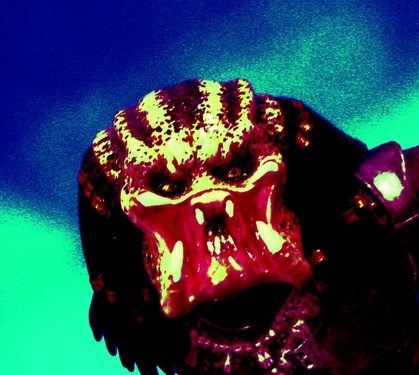 The above details are a little sketchy so if there is anyone out there who could clarify some of my "guesstimates" it would be much appreciated.
Well, the Predator would have to be the "other" most revered alien creation in modern cinematic history.  Apparently, more adept at outwitting it's prey than the fearsome and ferocious "Alien" xenomorph the predator is considered to be of higher intelligence, and may actually have a bigger and more loyal fan following because of this. 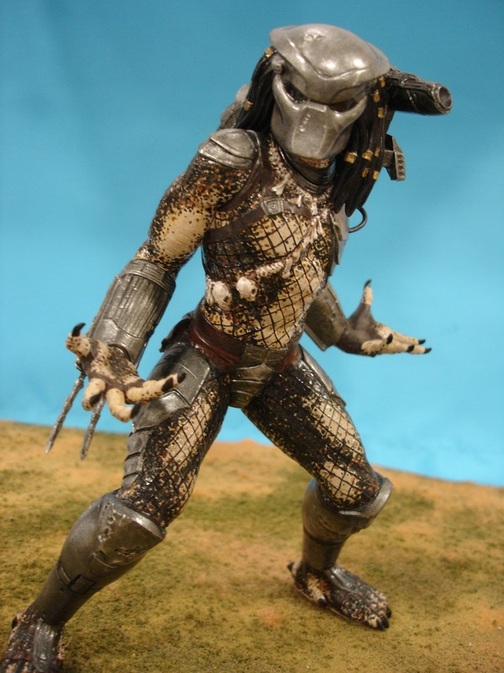 The 3-point laser targeting doodacky on his helmet actually has three 0.3mm fibre optics installed, but is still waiting for a light source to be fitted. One day... 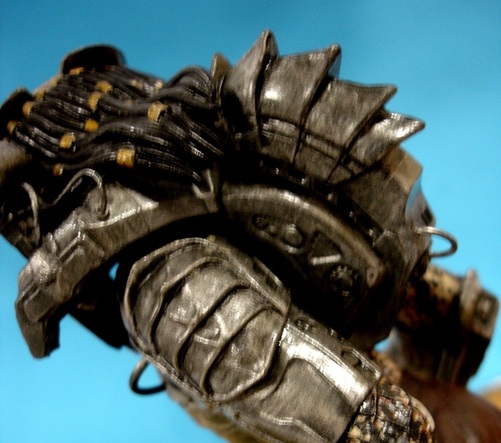 Wow, you would think you were looking at a 3-D image without the glasses! But you can still make out the various bits of paperclips that sacrificed themselves to add interest to the subject's armour (hopefully). 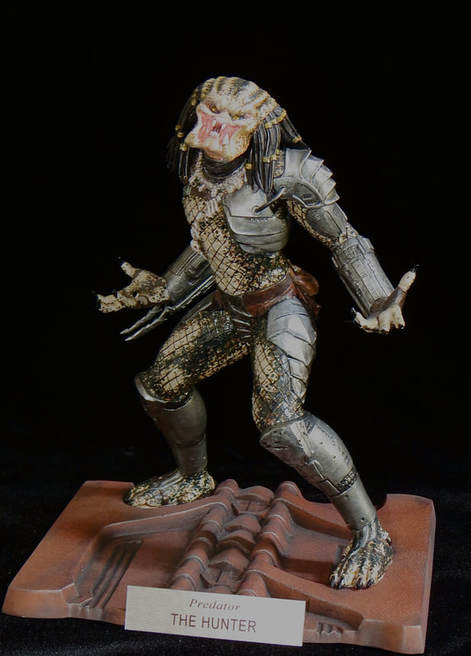 Painting the freckled skin was fun and time-consuming. So too was the webbing,... but a little less fun! 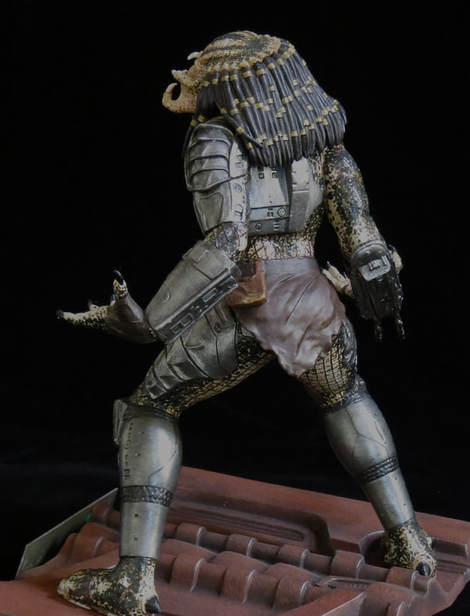 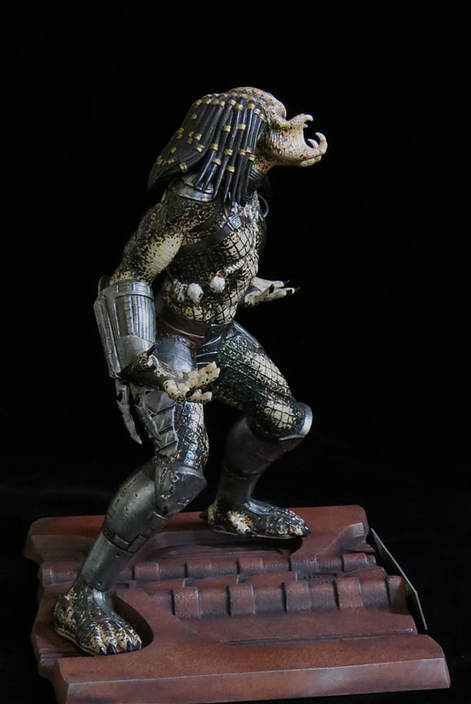 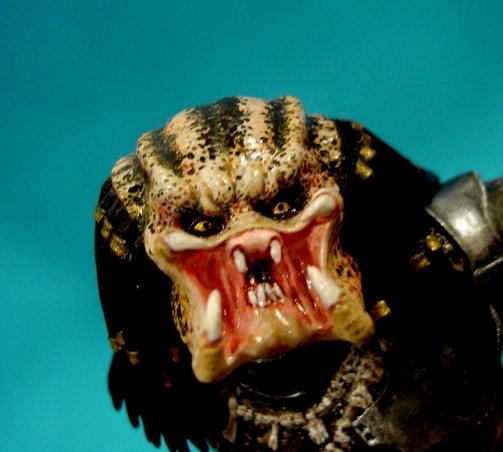 A well-coined 'Arnie' phrase springs to mind right about now. (And it's NOT 'I'll be baaack'!)!