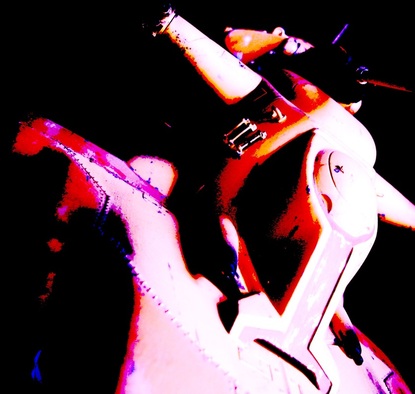 TSF Rating: * * * *
As I recall, this was simply a fantastic kit to put together.  Built straight from the box it went together quickly and easily, with no real problems with fit and seams.  And I loved that it included two lengths of high tensile wire for the twin antennae, which was a very nice touch from AMT.  Having said that I couldn't help but feel a little ripped off by the fact that there was no interior, or even a 1/32nd scale droid, or two.  Including the option of an open hatch on the gun turret with just half a droid sitting in it, would have made this model absolutely awesome!
As you will see, I had a lot of fun painting this tank, once I got the overall paint scheme sorted.  With lots of carbon scoring and paint chips going on to such a large subject you could really let loose with your creativity (or should that be destructiveness!?). 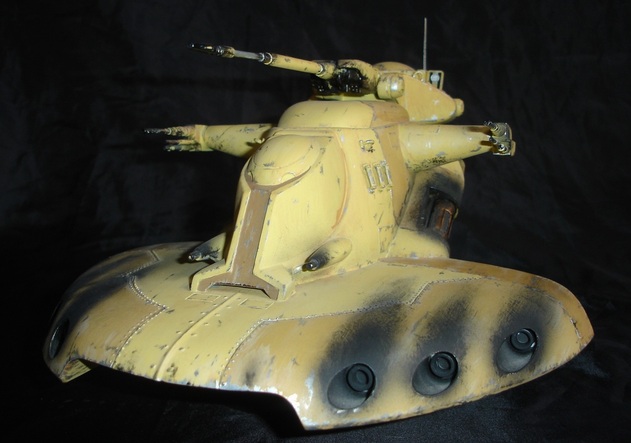 Here you can see a paint mishap. Just forward of those three hand holds there is a rust coloured run that I never fixed up because the base coat was a mix that I had used every last drop of and couldn't repeat the formula! That aside, nice paint chipping on the leading edge. 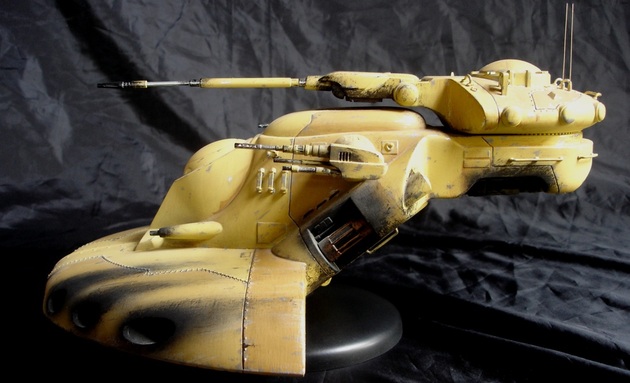 The weathering isn't terribly refined as the entire model was painted by hand. No airbrush. 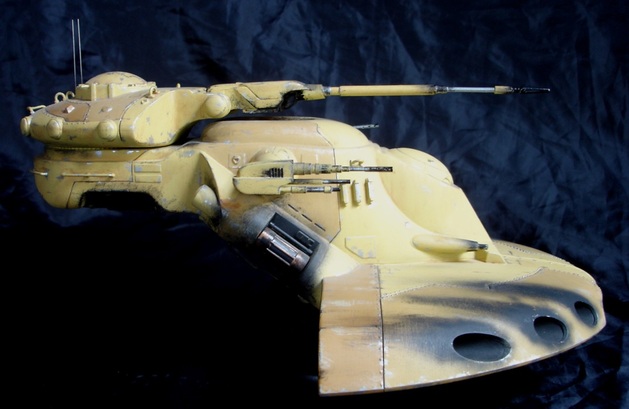 An awesome yet totally ridiculous design overall. How powerful would the anti-grav generator need to be to keep the back end from dragging on the ground?? 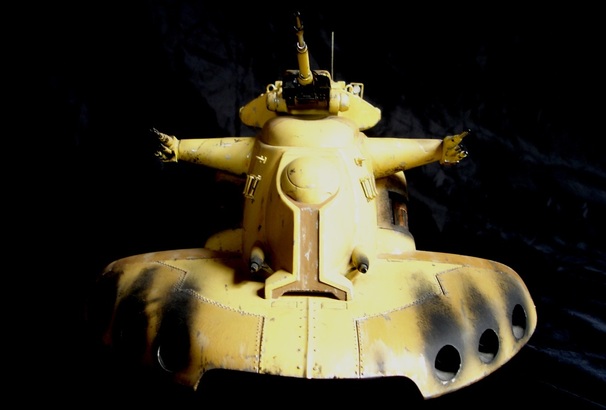 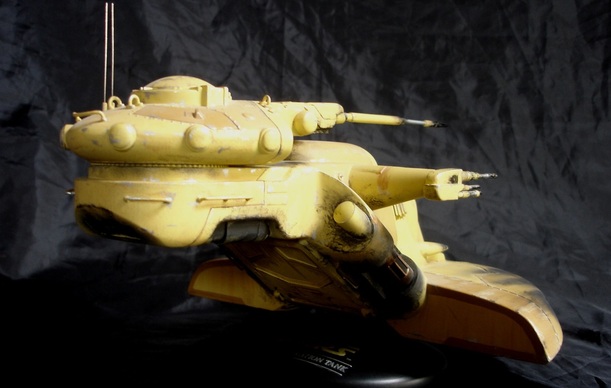 Very disappointed with myself... I didn't get in there and put some dirty washes aroung that big cog wheel under the turret! (There's probably an official name for that piece) 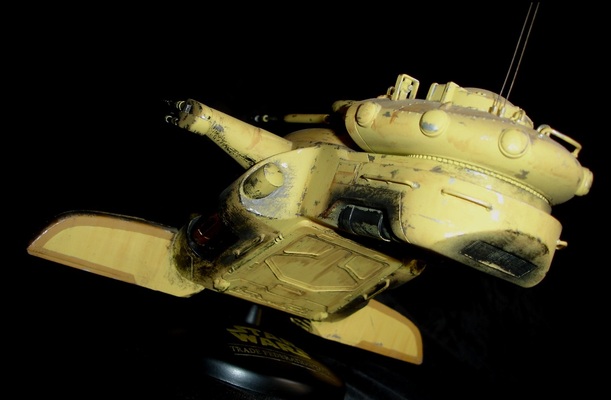 Note the rough hand-painted carbon build-up. If only I had known about chalk pastels (or MIG powders) back then! 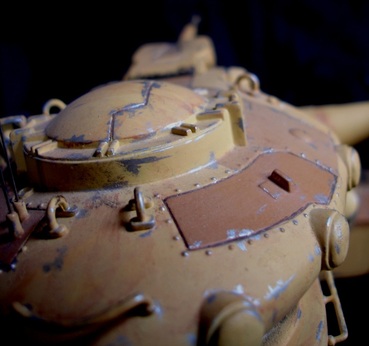 Love that hatch! Just a shame it doesn't open. 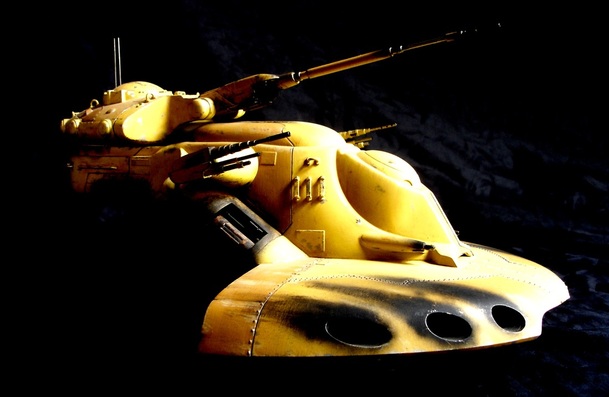 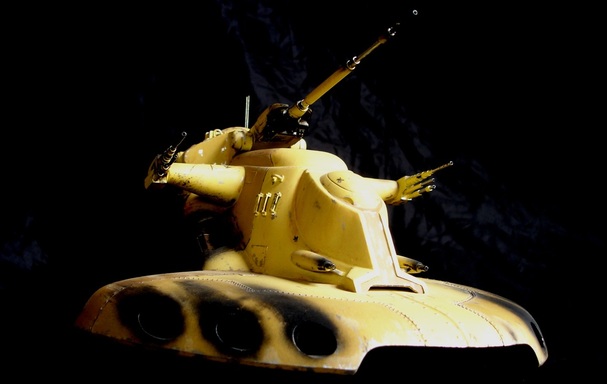 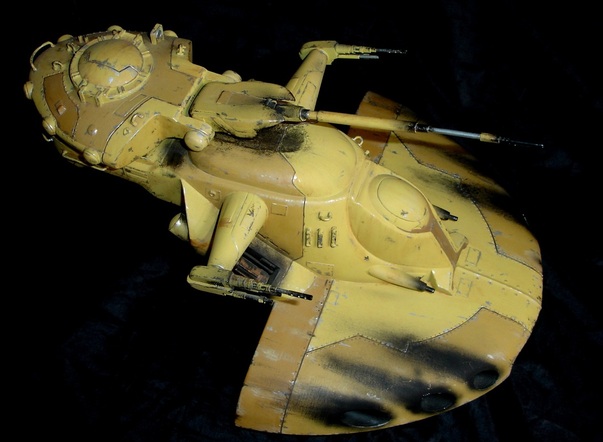 Again, this shot shows how bad my (black) drybrushing technique was, i.e. under the main gun pivot. And, the grey-ness on the machine guns gives away the fact that I applied the black before the base coat was entirely dry! 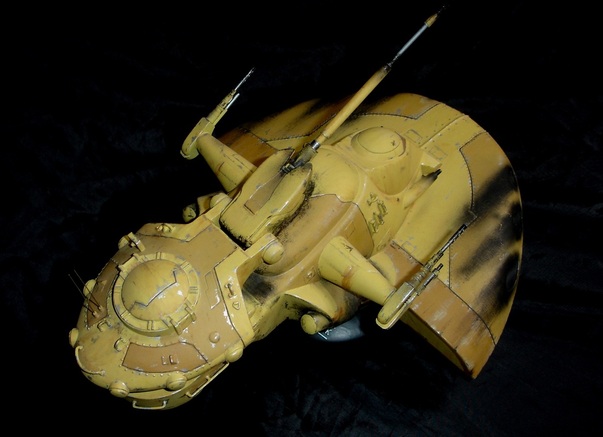 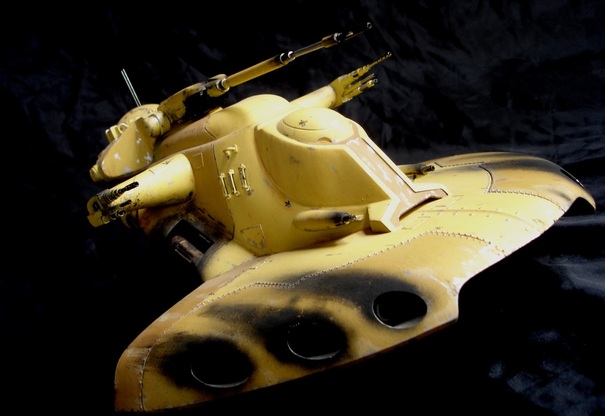 On screen, I loved the big diesel engine noises these machines made as they hovered menacingly down the grassy slopes. (See? There ARE some positive things to be said about The Phantom Menace!!) 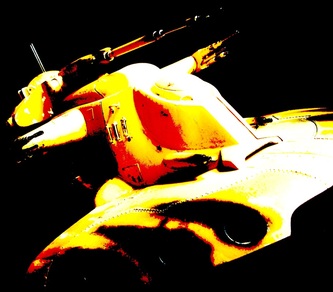