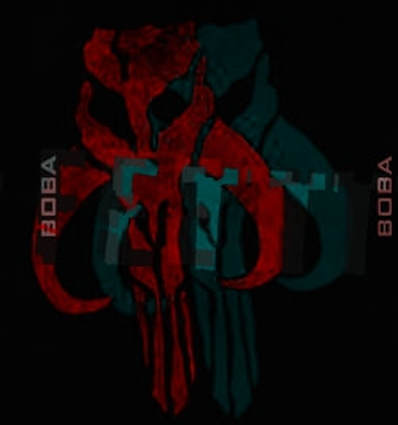 "He's no use to me dead!"
Well, almost 20 years ago Boba Fett heralded a new era for me - the world of figure modelling.  When I first saw this gigantic kit in a good old-fashioned hobby shop I couldn't believe my eyes.  I had never seen anything like it before and I knew then and there that I had to have it.  I recall that even back then it carried quite a hefty price tag, although I don't remember exactly the sum, and while the box looked a little worse for wear the contents were sealed and intact.  With the highest parts count of all Screamin's quarter scale kits this is the most involved of them all (I think). 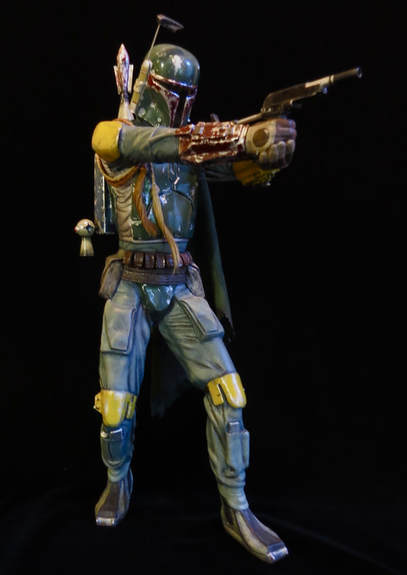 I have discovered most soft vinyl kits are literally squashed into their packaging, invariably creating a few misshapen parts. I recall spending a fair amount of time heating and cooling and heating again the legs just to get the stance firm and balanced. Once content with the pose I filled the one-piece lower half of the figure with plaster of paris, making him as heavy as he is tall! 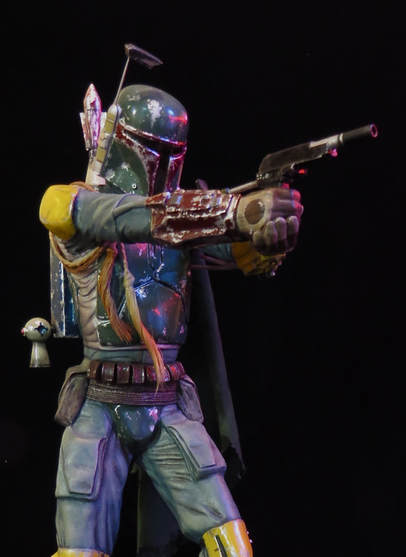 I went town with the weathering of Fett hence the lack of screen accuracy. Also the reference material I had available at the time was very limited and somewhat ambiguous. Some photos I had found showed him brandishing yellow gauntlets, others depicted dark red or burgundy, and even a combination both, which is what I ended up settling on. 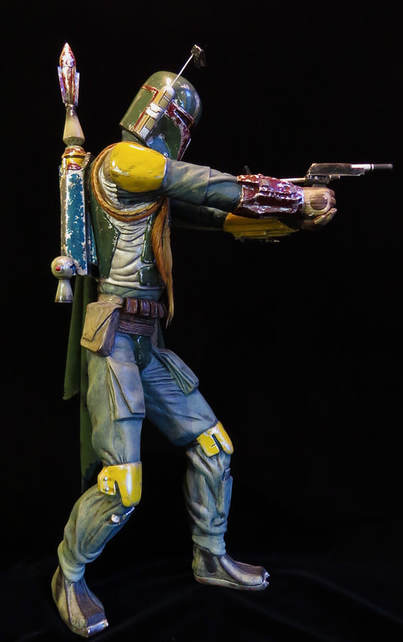 The one and only modification I made to this kit was to "surgically" remove the molded wookiee scalps from around the shoulder and, after a quick lesson in plaiting, added my own creation made from dyed baling twine or jute. 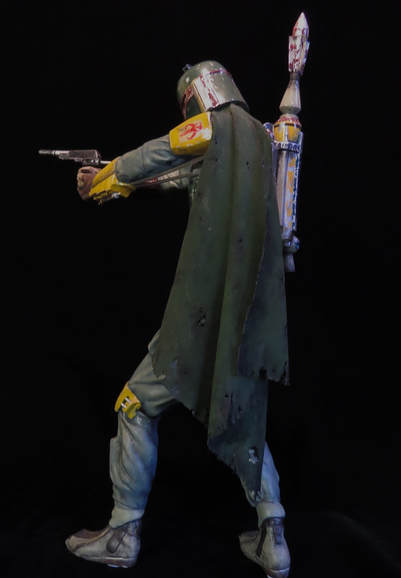 The cape was another real treat to work on, and while the fabric and the finish is not screen accurate the kit-suppled piece of linen adds interest to the model with its obvious woven and rough texture. I recall the instructions were a little vague as to an attachment point for the cape so I decided (for some strange reason) to cut a slot under the rim of the helmet and push the folded end of the fabric a short way into it. After saturating it in thinned paint and letting it partially dry I molded and shaped the now-firm cloth to hang naturally over the shoulder, then left it to dry completely. The finale involved my own weapon of choice - dun, dun, dun... the soldering iron! A couple of dirty black and brown washes finished the completely overdone look. 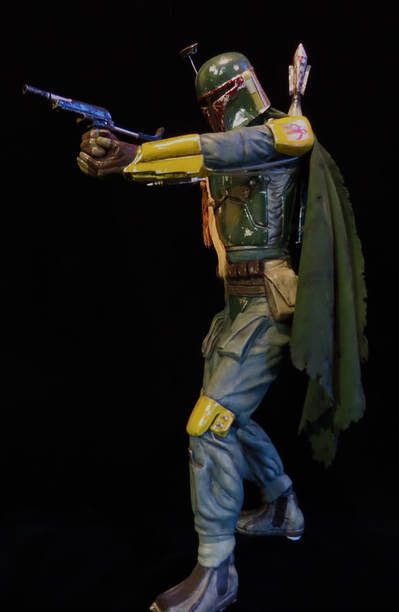 Although Fett's ugly pistol with extended stock is a part of his canon arsenal it is his blaster that is more commonly portrayed. But given the pose, with arms extended, it is understandable why the manufacturer went with this choice. 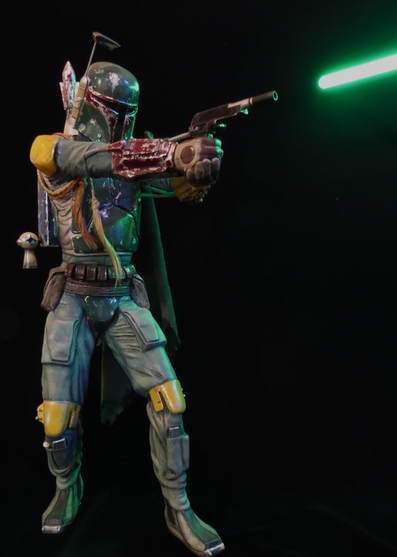 Literally a real action shot! I happened upon this idea as I was trying some in-camera "mood" lighting or filters. I won't divulge what I used here but any SW fan or collector will likely guess what it is. 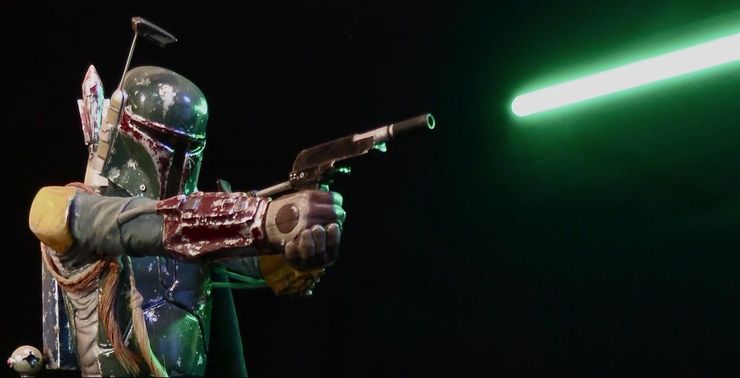 All images property of The Starship Factory 2017.